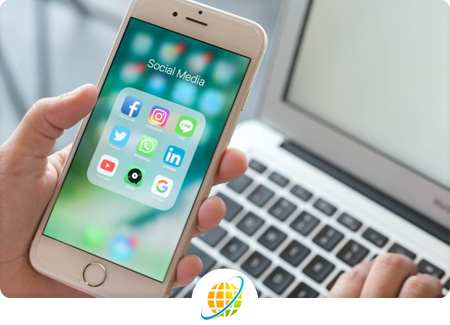 Apple INC created and developed IOS platform for mobiles. Its widespread is for Apple products. To implement native apps, IOS operating system manages the hardware and uses less resources so that IOS will provide the best user interface and also with the best user experience. As per the statistics in the year 2016, a record of 50 Billion downloads is done from a store of 900,000 apps. There is a gradual increase in the demand for developing IOS Mobile apps in the recent years according to statistics number of iPhone users have already being increased and even for today iPhone users are increasing rapidly. Web Feb in Bangalore develops all categories of applications based on IOS. Our talented team of IOS application developers are having more experience in developing IOS application. Our IOS application developers develops IOS applications using objective c, swift  and other latest technologies. We stay in touch with the clients for their feedback until the completion of the project which will be delivered in time.

Web Feb developers have immense knowledge and experience in developing IOS Application. If you are looking for the best IOS Application development company then then you are at the right place, we at Web Feb develop applications based on the requirement of the client. First, we discuss with the client about their business and we understand their business and we will convert clients ideas into reality and give you the 100% best result. our professional team of IOS developers are having a natural flair for making cutting-edge applications for clients. Web Feb is  Best for IOS application development  company in Bangalore

iPad, iPhone, and iPod touch operate on same operating system i.e IOS platform. IOS Application development is mainly used to develop mobile applications. Suppose if a user is having iPhone and wants to book a hotel, then user can book hotel anywhere he wants but only thing is that hotel booking application should also support Iphone and should be readily available in app store. In the last few years, we have developed many IOS Applications which are one of those most sought applications in the market. We got 100% customer satisfaction record, where most of them have even turned out to either refer us or bring to us another application for them. Web Feb in Bangalore is one of the best companies in Bangalore to develop IOS Application Development.

Why to choose Web Feb

Being one of the top iOS app development Companies in Bangalore, we develop iPhone and iPad apps with an intention to increase leads business . Before developing an app, we conduct thorough research on your app objective, your competitors’ apps analysis. That’s why we are called as one of the best iOS application developers in Bangalore. iPhone is being the industry leader in the space of mobile phones, it has the highest market share in the Bangalore. The brand name is so popular and has most demand in developed & developing countries, iPhone apps are more in demand. The iPhone users are different than other customers. They are ready to spend money on premium services either it fulfills their need or it enhances the level of luxury. A well purpose served iPhone app with user-friendly and convenient UI development /UX development will drive you more customer, money & reputation.

More Paying Clients : In Todays market Apple users are more willing to pay an app than android users. One of the main reasons behind it is the open source heritage of Android.

Great Consumer Experience : iOS users are usually happy users, empowering it to be the first choice for a business app. With its perfect hardware, excellent customer support and flawless software, apple has developed a superior brand in consumer electronics. Each and every iOS app works fluidly on an iPhone because IOS is not a open source. No one can customize IOS and can implement on their smartphones. apple itself develops both hardware as well as software hence they design IOS which matches iPhones hardware developed by IOS. That is why iPhones price is more when compared to other smartphones because IOS is dedicated to their own hardware thats why IOS works smooth and uses very less hardware resources this is the main reason why people prefer to use IPhone. Web Feb develops IOS applications which provides a great user experience and the best user interface, which is always essential for a business.

Competitive Edge : Our experienced iPhone app developers builds a feature-rich and futuristic iPhone application to offer you a competitive edge over your peers

Provide High Security :While developing an app for the business, a company has to choose a platform with other exciting features also provide utmost level of security to its users. iPhone users always stay safe from external threats.

Secure Transactions :Though security measures are present to enhance the security aspect of an online payment, iOS app makes it more secure for its users by encrypting online deals and removing threats like phishing, hacking etc.The market image of iOS and supportive devices like iPad and iPhone is making them increasingly important to improve business sales and productivity, and investing in this platform for a business app can be a wise choice. 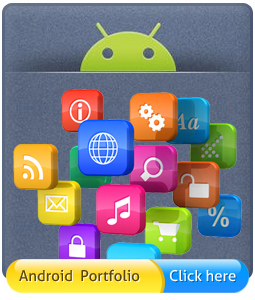 Need Help? Chat with us
Start a Conversation
Hi! Click one of our member below to chat on Whatsapp
The team typically replies in a few minutes.
8151006644
Web Feb Sales
Web design Bangalore